The Joy of Judgment 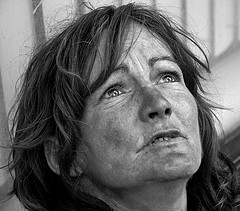 The reading from Daily Bread for today (March 23rd) included the verse from I Chronicles 16:33. Then the trees of the forest will sing, they will sing for joy before the Lord, for he comes to judge the earth.
There are a great many things we associate with the word judgment. Joy is not usually one of them. Oh, anxiety, fear, shear stark terror, guilt, but joy? Really? Come on!

We remember those verses from the New Testament where it says the things we have done in the most secret ways and places shall be proclaimed from the housetops (Luke 8:17). We remember those things we wish could be kept secret into eternity. However, we forget that our God is a God of mercy and compassion, of patience and long-suffering. We many indeed have some embarrassing moments. I really haven’t been granted insight into exactly how all that will come to pass.

When we look at judgment from this point of view, we are concentrating on our guilt, our sins, our wrong doing. For just a moment, explore it differently with me. Imagine you are innocent. Imagine that the trial would yield a judgment of total and complete exoneration. Wouldn’t you want your day in court? Wouldn’t you want to be vindicated?

The judgment that is coming will silence your accuser. Your accuser is the one who challenges your standing before God, the one who says that Christ cannot forgive you, forgiveness may be for other people, but your sins are too great. Satan constantly tries to convince you that the promises of the Scriptures are not true, or at least, are not true for you.

Judgment is not a day to condemn or embarrass those who stand before Christ and proclaim Him Lord. No, the judgment is a day to finally silence the one who constantly challenges every positive thought you have ever had about yourself, discourages you from ministry, and says your sins outweigh the infinite grace of God. You can look forward to the day of judgment singing for joy because the grace of Jesus Christ has already proven your innocence. It is finally time to silence your accuser!


Pastor Craig
Posted by Unknown at 10:24 AM No comments: 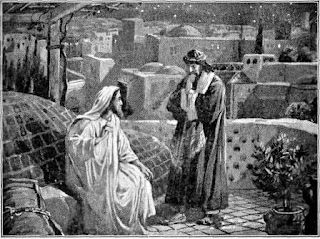 Past the seeker as he prayed came the crippled and the beggar and the beaten. And seeing them...he cried, "Great God, how is it that a loving creator can see such things and yet do nothing about them?"...God said, "I did do something. I made you."

Has your heart ever mourned for those struggling through this life apart from a knowledge of God’s love and mercy? Have you asked God to do something about poverty and injustice? Have you felt sorry for the homeless and hungry? Have you shed a tear for those who live in loneliness? Maybe God’s gift to them is not a home, food, friends, or money. Maybe, just maybe, God’s gift to them is you! Yes, you – with all your failings and brokenness – with all your flaws and sins – with everything that is wrong with you – maybe, just maybe, you are the angel God has sent to bless and keep them.


The fourth chapter of Esther contains these words, Who knows but that you have come to this position for just such a time as this? What an amazing thought! The people of Israel were in danger, REAL danger. There was a plan to exterminate each and every one of them. Who would have thought that a former slave girl could save them all. It seems impossible. And it would have been, except that the plan was God’s. God had put Esther in place as the queen. I t was a fearsome thing to stand before the most powerful ruler on the earth at that time and tell him he had messed up, that his foolish pride had allowed him to be deceived and sucked into an evil plot based on jealousy and prejudice.


Who knows that your lifetime of preparation may be for only a few moments when God uses you as His most mighty instrument. It doesn’t have to be a world changing work. It might not make the front page of the morning papers. It WILL change at least two people’s lives directly, the person God calls you to encounter – and your own as you see God work through you showing forth His mighty power to all who will watch.


Have you ever considered that the very reason you were created was to address some of those very problems that break your heart and God’s?

Giants in the Promised Land 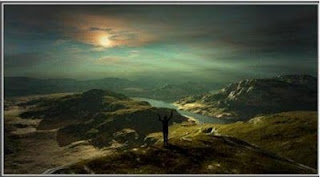 When the Israelites arrived at the borders of the land of Canaan, the land God had promised them as their own, they did what any army would do. They sent out spies to see the strength of the people in the land of which they were about to take possession. The twelve spies carefully looked at all the different aspects of the land. When they came back to the waiting peoples they gave their report.


The report – there are giants in the land! Ten of the spies spread fear and dread among the people with their talk of the strengths and defenses of the people who currently held the land. The people mourned their children, whom they knew would be killed in the battle to come.

It didn’t matter who the opposition was as long they continued to try to please the Lord. Throughout your life, you have faced giants in your journey to your Promised Land. They were real. Giants of failed relationships, of destroyed financial futures, of lives gone off track and wrecked. Giants of substance abuse, of abandonment, of abuse, giants that are scary and too big for us to tackle. These things aren’t allegories or part of someone’s imagination. They are real, and they have happened to many of you.

The good news is that your Promised Land is as secured for you as the Israelites Promised Land was for them. God wants to show you his strength, not your own. God wants your trust to be in the fact that he is with you, that he is the one able to handle any situation, not you.

The interesting thing is that the Israelites did not go up and take the land at that time. They ended up wandering in the wilderness until all the adults of that doubtful generation had died out. You know who did take the land for the Israelites? Those children that they feared would perish in the battles to come!

Pastor Craig
Posted by Unknown at 11:50 AM No comments: